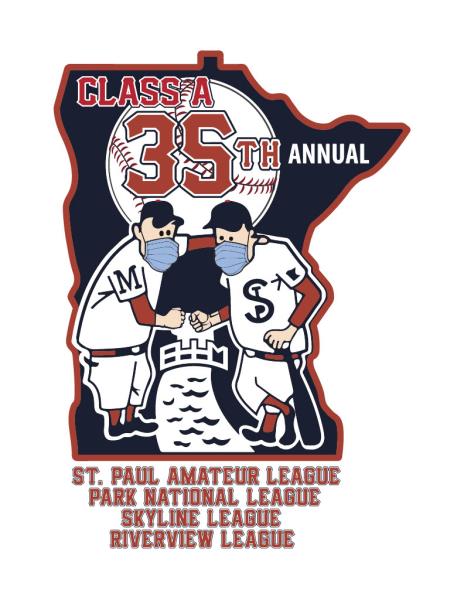 His Highland Park Beavers committed eight errors behind him but Mitch Maurer still completed a four-hit complete-game shutout Saturday night at Palm Field in St. Anthony to beat Air Freight Unlimited 3-0. Maurer struck out five, walked one and hit one in his 111-pitch outing.

The top of the Beavers’ batting order gave him three runs to work with in the third inning and that was all he would need. With one out, Max Selim pulled a single to left field. Michael DeAngelo followed with a single to right, moving Selim to third. Jake Porter then hit a grounder to third baseman Chandler Schaffenbauer who threw home in an attempt to get Selim at the plate. Selim collided with catcher Jack Stregm and--after a moment of hesitation--the umpire spotted the ball on the ground and gave the safe sign. Then, with two outs, Alex Selim hit a shot into center field that got down, scoring DeAngelo easily. Porter followed him home, drawing a throw from Air Freight center fielder Charlie Eldridge. The ball did not arrive in time but Stregm alertly pegged it  to second to gun down Alex Selim for the third out.

Air Freight had runners aboard in seven of the nine innings. Maurer pitched out of a one-out bases-loaded jam in the eighth inning with a swinging strike out and a fly ball to center. The game ended on a double play. With one out and runners at first and second, Air Freight’s Chandler Schaefbauer hit a line drive which shortstop Max Selim snagged and fired to second before the runner there could get back. Air Freight left 11 runners on base through the course of the game.

The Beavers will face the Minnetonka Millers in Sunday’s 2 p.m. semifinal game.

The Millers flashed their power in the ninth inning Saturday afternoon to break open a 3-3 game and continue their quest for a fourth state title in six years. Ryan Poppitz led off the top of the ninth with a double up the middle. Two groundouts later it appeared the game would stay tied, but Blaine Rutledge hit Baseball 365 starter Noah Danner’s 2-1 offering into the gap in right center for a double, plating Poppitz with what turned out to be the winning run. Joe Abellera’s ensuing single to left drove in Rutledge and ended Danner’s 138-pitch stint. Joe Schallenberger greeted reliever Nate Cousins rather rudely, with a two-run homer to complete the scoring.

Millers starter Don Erdall gave up a two-out single in the bottom of the ninth before getting 365 pinch-hitter Jack Deutsch on a pop-up hauled in by Poppitz over third base to end the game.  Erdall went the distance, giving up three unearned runs on seven hits, one walk and one hit batsman. He recorded ten strikeouts, eight of which came in the first four innings.

For his part, Danner ended up giving up six runs, all earned, on nine hits. He struck out seven and walked only two in 8-2/3 innings.

The Millers opened the scoring in the third inning. Poppitz led off with a single to right. Jarod Wandersee followed with a grounder to shortstop Sam Kusela who flipped it to second baseman Ryan Englar. Wandersee beat Englar’s relay to first, preventing what might have been a double play. Danner caught Connor Trygstad looking at strike three for what would then have been the third out. In the next at-bat Rutledge hit a 1-0 pitch over the Palm Porch in right to put the Millers ahead 2-0.

Erdall cruised through the first five innings but gave up the lead in the sixth. With one out, Nate Behlen reached on an error and Nate Olive flew out to left. Jack Piram singled and Baseball 365’s designated hitter Mark Fenstad hit a 2-2 pitch out of the park in left field. His three-run shot gave his team a 3-2 lead.

The Millers tied it in the eighth with some clutch two-out hitting. Rutledge led off the inning and drew a six-pitch walk. After a balk moved Rutledge to second, Danner got Joe Abellera and Schallenberg on groundouts to first base. Mike Davis reached on an infield single and Jack Davis plated Rutledge with a hard single to right, tying the score at 3-3 and setting up the ninth inning heroics.

Four home runs  powered the Stockmen’s Irish to an 11-0 win over Lyon’s Pub in Saturday’s quarterfinal game at Palm Field in St. Anthony on Saturday morning. One run would have been enough, as Teddy Klingsporn limited Lyon’s Pub to three hits in his eight-inning shutout.

Brad Paulson and Kyle Silversmith hit two-run home runs in the first and third innings, respectively. Colin Baumgard added a solo shot in the fourth and Sam VanFleet’s three-run shot in the bottom of the eighth ended the game by bringing the 10-run rule into effect.

Klingsporn fanned six and walked only one batter on 91 pitches. Kelby Johnson went 3-for-4 and scored twice for the Irish. VanFleet led the Irish with four RBI.

Brennan Swan had two of the Warriors’ only three hits. Andy Schoeter had the other.

The Irish will face the Minneapolis Cobras in Sunday’s 11 a.m. semifinal game.

The defending Class A State Champion Minneapolis Cobras continued their quest for a repeat Saturday afternoon by roughing up the host St. Anthony Hogs at Palm Field. Derek Mason hurled a seven-inning three-hit shutout for the Cobras. He struck out two, walked three and hit one batter in his 82-pitch gem.

The Cobras struck first in the second inning. Left-hander Sam Burnnett pulled a two-run homer to right with Mason Reinhart aboard and no outs. Two outs later, Andrew Enck hit a solo shot over the left field fence. Cole Easley drew a free pass, stole second base and scored the fourth run on a double by Brandon Schmal.

The Cobras, who pounded out 16 hits in the game, added three runs in the fourth as they batted around. They tacked on two more in the fifth and three in the sixth.

Schmal went 3-for5 with four runs batted in. Andrew Enck scored three runs and went 3-for-4 at the plate. Gabe McDonald (3-for-4), Jeff Miller (2-for-4) and Burnnett (2-for-4) each scored two runs for the red hot Cobras.

The Cobras will face the Stockmen’s Irish in Sunday’s 11 a.m. semifinal game.