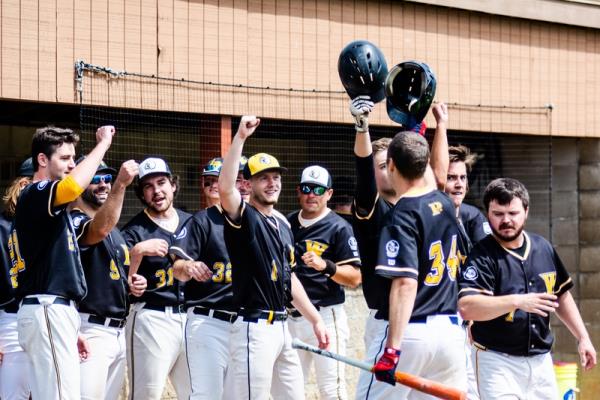 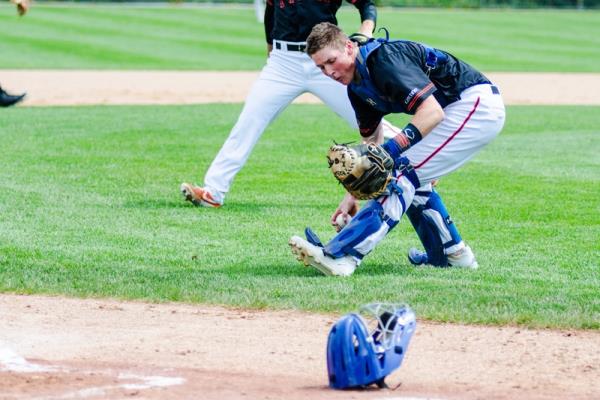 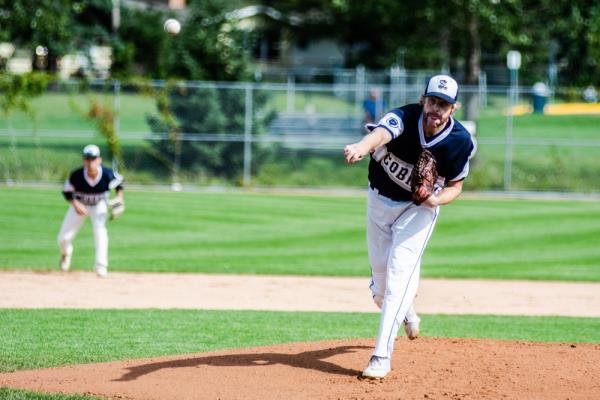 The 2020 Class A State baseball tournament sees a round of pool play followed by a 16-team single-elimination tournament the weekends of Aug 15-16 and Aug. 22-23.

The last Class A state tournament game the Minneapolis Cobras played saw plenty of offense. And a year later, that trend continued in a big way.

The Cobras scored 15 runs in the first two innings and finished an 18-1 win over the NW Orioles in the 2020 tournament round of 16 Saturday at Palm Field in St. Anthony.

The first seven batters reached for the Cobras in the first inning, as they led 4-0 after one. Starter Steven Salz left without recording an out for the Orioles, but Jordan Stroh came on in relief and got a double play and a groundout to end the frame.

The second inning saw Minneapolis send 16 batters to the plate in an 11-run inning.Twelve of the first 13 batters reached base, and 10 Cobras notched RBI in the frame — Cole Easley’s two-run single was the only multi-RBI hit of the inning. The top three in the lineup — Brandon Schmahl, Jack Hogan and Sean Borman — scored two runs each in the second.

The Cobras have scored at least 10 runs in three of their last four state tournament games dating back to last year.

The Cobras advance to face the St. Anthony Hogs in the quarterfinals at 1 p.m. Saturday, Aug. 22.

A fast start pushed the Lyon’s Pub Warriors through to the quarterfinals of the Class A State Tournament.

Lyon’s Pub chased St. Louis Park Pirates starter Andy Davis out of the game in the second inning, scoring six early runs on the way to a 9-3 win Saturday afternoon at Palm Field in St. Anthony.

Tom Corcoran’s two-run homer capped a four-run first inning for the Warriors, who added a pair in the second inning on RBI hits from Scott Greening and Chad Ogden. That ended Davis’ start, as he was replaced by Tony Grabowske, who gave 3 ⅓ innings of scoreless relief.

St. Louis Park got a run back in the sixth, but Lyon’s Pub responded with a pair in the bottom of the frame to make it 8-1.

Donald Blunt hit a two-run homer in the eighth for St. Louis Park, having just missed a home run in his previous at-bat, settling for a single off the wall. Lyon’s Pub scored one in the bottom of the inning to make it 9-3, and the Pirates couldn’t do anything with a lead-off double in the top of the ninth.

They got some anyway.

The Irish threatened in almost every inning and Klingsporn pitched a complete-game shutout against the St. Paul Hops, as Stockmen’s won 5-0 Saturday in the Class A State Tournament Round of 16 at Palm Field in St. Anthony.

Klingsporn started the game for the Irish, and the left-hander came out to finish the ninth, pitching around a one-out double to earn the shutout. He didn’t allow a hit until the sixth inning, and struck out 12 Hops for the game — including eight in the first four innings.

The Irish got men on early, but didn’t put together a big inning until the bottom of the sixth, scoring three. Brody Paulson’s single off the fence in right-center scored two, and Brian Knight pushed across a run on an error prior to that as the Irish lead went to 5-0.

Joe Silversmith doubled in a run in the bottom of the first, as Kelby Johnson scored after a walk and a steal of second.

The Irish scored in the fifth after Knight walked and Scott Finberg doubled him home to make it 2-0.

The Irish advanced to face Lyon’s Pub in the quarterfinals at 10 a.m. Saturday, Aug. 22.

Only the final game in Saturday’s Class A State tournament round of 16 matchups featured much drama — and it was certainly worth waiting for.

Ethan Roe hit a two-out, two-run walk-off home run in the ninth inning as the St. Anthony Hogs topped the Minneapolis Angels 7-5 at Palm Field. It was Roe’s second home run of the game.

St. Anthony led 5-0 early, but Minneapolis rallied and tied it 5-5 in the fifth.

The Hogs put together three runs in the first inning for an early lead. Sully Jahnke looked to be cruising, until trouble in the fifth. He struck out seven in his five innings of work, allowing five runs. Joe Wehr came on in relief to get the win, working four scoreless innings and striking out for.

Roe was 3 for 4 with a walk and two home runs, while Nicho Roessler and Andrew Johnson were each 3 for 4 as well for the Hogs.

The Hogs face the Minneapolis Cobras at 1 p.m. Saturday, Aug. 22 in the quarterfinals.