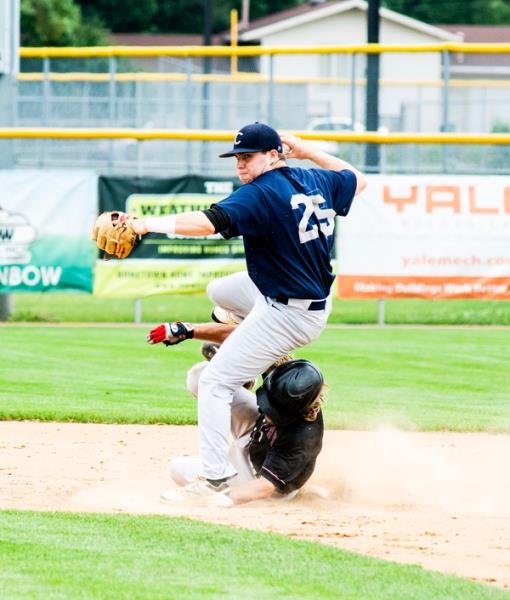 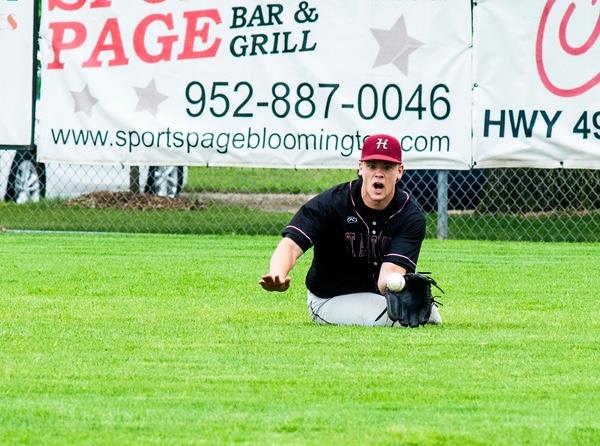 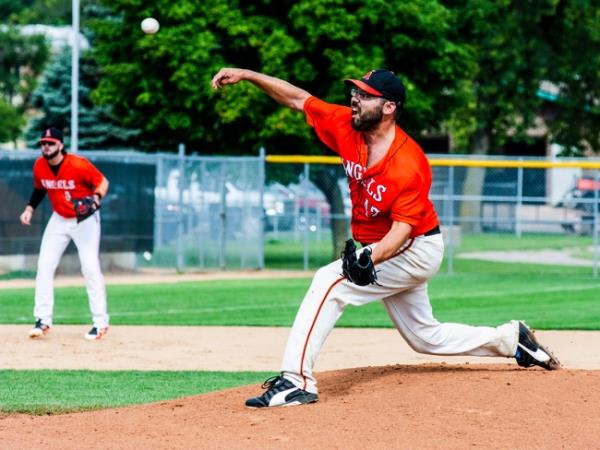 Some late-inning rallies helped the Metro Knights come from behind and stay alive in the Class A State Tournament.

The Metro Knights won 7-4 over the St. Anthony Hogs Sunday night at Red Haddox Field, eliminating the Skyline League champions from the state tournament. The Knights got within one in the seventh, then scored four in the eighth.

Henry Laue tied the game in the eighth with a single, and the Knights loaded the bases with no outs. Even after a double play, the Knights managed to score the go-ahead run on an infield single and plate two more on an error for a 7-4 lead.

Nico Rossi’s two-run single had given the Hogs a 4-2 lead in the bottom of the fourth. Jeff Ostrom drove in a run in the third to get St. Anthony even at 2-2.

Carter Shook had an RBI single in the third to put the Knights up 2-1, snapping an early 1-1 tie.

The Knights await the loser of the St. Paul Capitals-Lyon’s Pub Warriors game Monday — that loser’s bracket game is set for 1 p.m. Aug. 17.

The way Nick Sutherland pitched, three runs were plenty for the Angels.

The Minneapolis Angels stayed alive in the Class A State Tournament with a 3-2 win over Tri-City Shark Sunday at Red Haddox Field in Bloomington.

The Shark got one run in the ninth thanks to an error, but the bats were otherwise quiet against Sutherland, who pitched a complete game for the Angels.

Sutherland allowed just five hits and sent down down 10 straight Tri-City batters between the second and fifth innings.

The Angels never put together a big offensive inning, but got enough, scoring two in the first and one in the second. Taylor Branstad had the eventual game-winning RBI, with a single to score Jay Asmus in the second inning. An error scored one in the first for the Angels, and Danny Miller had an RBI single to make it 2-0 after one.

The Angels await the loser of the Minnetonka Millers-Minneapolis Cobras game, to be played at 8:30 p.m. Monday.

Two big innings backed the Cobras as they stayed in the winner’s bracket at the Class A State Tournament Sunday.

The Minneapolis Cobras took the lead for good with a five-run fifth inning and sealed it with three in the ninth in a 10-4 win over the St. Anthony Hogs Sunday at Red Haddox Field in Bloomington — a game scheduled for Saturday, but postponed due to weather.

Down 3-2 in the fifth, an error and RBI double by Mason Reinhart tied the game for the Cobras. Jack Hemsath and Sam Bunnett had back-to-back two-run hits to put the Cobras up 7-3.

The Cobras got three straight singles to open the top of the ninth, scoring one on a sacrifice fly by Hemsath and two more on a two-run double by Cole Easley to make it 10-4. Jack Hogan pitched a 1-2-3 ninth to end the game.

The Hogs went up 3-2 in the bottom of the third. The first three men of the frame reached, followed by RBI hits by Tim Duffy and Jeff Ostrom to give St. Anthony the lead.

The Cobras scored one in the first on an error and one in the third on an RBI single from Gabe MacDonald for a 2-0 lead.

St. Anthony, the Skyline League winners, fall to the loser’s bracket where they face the Metro Knights.

The Cobras advance and play the Minnetonka Millers at 8:30 p.m. Monday at Toni Stone Field in St. Paul.

The Knights scored first, but the Millers hit consistently to advance in the Class A State Tournament.

The Minnetonka Millers won 7-1 over the Metro Knights Sunday at Red Haddox Field, a game that was postponed from Saturday due to weather.

Kyle Hoffman’s RBI single in the second put the Millers ahead, a lead they would keep the rest of the game.

Minnetonka kept chipping away, scoring another in the third, and putting the game away with three in the eighth inning on RBI hits from Joe Shallenberger, Ryan Poppitz and Steve Schmitz.

Josh Thorp drove in a run in the first inning as the Knights went up 1-0. Minnetonka tied it on an error in the bottom of the frame.

The Millers play the Minneapolis Cobras at 8:30 p.m. Monday at Toni Stone Field in St. Paul. The Knights fall to the loser’s bracket where they face the St. Anthony Hogs in an elimination game.

In a game resumed after a weather delay Saturday, the Lyon’s Pub Warriors finished off the top of the ninth and took a 7-5 win over Tri-City Shark Sunday in the Class A State Tournament.

The Lyon’s Pub Warriors advanced to face the St. Paul Capitals at 6 p.m. Monday at Toni Stone Field in St. Paul. The Tri-City Shark played an elimination game Sunday against the Minneapolis Angels.