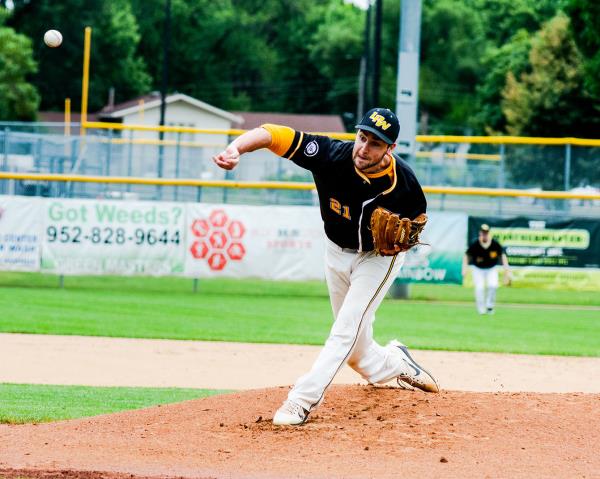 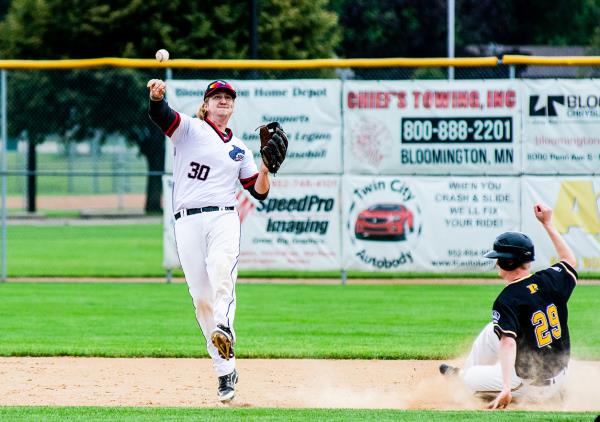 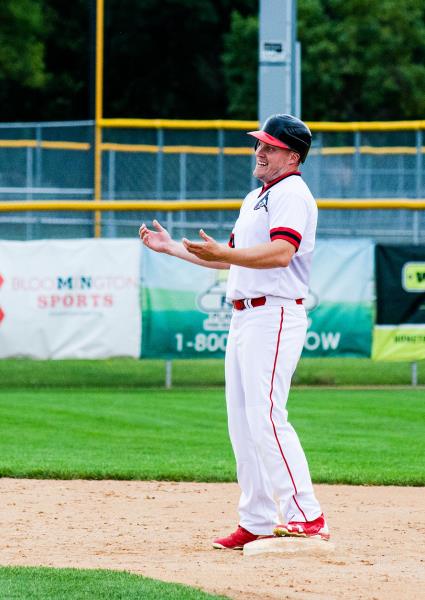 Just one team advanced Saturday due to weather, as the double-elimination portion of the 2019 Class A State Tournament began at Red Haddox Field in Bloomington.

The St. Paul Capitals defeated the Minneapolis Angels 4-3 in the early game Saturday. The matchup between the Tri-City Shark and Lyon’s Pub Warriors was suspended after eight innings due to heavy rain and the score 7-5 in favor of the Warriors. The rest of the day’s games were postponed due to field conditions.

The game between Tri-City Shark and Lyon’s Pub Warriors is set to resume at 9 a.m. Sunday at Red Haddox Field. The game between the Minnetonka Millers and Metro Knights will be a 10 a.m. first pitch, and the St. Anthony Hogs and Minneapolis Cobras play at 1 p.m. to complete the first round of double-elimination play.

At 4 p.m., the loser’s bracket starts, with the Minneapolis Angels facing the loser of Tri-City Shark and Lyon’s Pub Warriors. At 7 p.m., the Minnetonka-Metro loser faces the St. Anthony-Minneapolis loser.

The winner’s bracket semifinals were moved to Monday at Dunning Sports Complex in St. Paul. The St. Paul Capitals play the Shark-Warriors winner at 6 p.m., with the Millers-Knights winner facing the Hogs-Cobras winner at 8:30 p.m.

The Angels almost sustained their big postseason burst, but the Capitals held strong in the end behind a complete game from Josh Kubitschek.

The St. Paul Capitals fended off the Minneapolis Angels 4-3 Saturday morning, with Ryan Abrahamson’s two-run double in the fifth the decisive hit.

The Angels had the tying run in scoring position with one out in the top of the ninth, but Kubitschek got out of the jam to help the Capitals advance.

Minneapolis led 3-2 after the top of the third on an error and a sacrifice fly, the Angels’ second lead of the game. Kipp Youngquist had a first-inning RBI single to put the Angels up 1-0 after the first.

Charlie Bartholomew had a two-run single in the second that gave the Capitals their first lead, 2-1.

The Angels were on a run prior to the loss to the Capitals. They swept two series as the No. 4 seed in the Park National League playoffs, upsetting No. 3 seed Baseball 365 to return to state for the first time since 2017. Then the Angels bounced defending champion St. Louis Park 15-3 Thursday night in the opening game of the tournament.

The Capitals await the winner of Tri-City Shark and Lyon’s Pub Warriors for a 6 p.m. Monday game, while the Angels play the loser of the Shark-Warriors matchup in an elimination game at 4 p.m. Sunday.

The Lyon’s Pub Warriors were three outs from advancing over Tri-City Shark before a downpour postponed the finish of the game Saturday.

The Warriors were up 7-5 entering the ninth inning in what was a tight game over the first eight frames.

Lyon’s Pub took the lead in the fourth and held it up until play was suspended. Brennan Swan tied the game with an RBI single, while Ron Schildgen put the Warriors ahead with a sacrifice fly. Al Evenson added an RBI single to chase starter Seth Miller from the game.

Tri-City got back within one in the fifth with an RBI double from Tim Heifort, but Lyon’s Pub pushed it back to two in the sixth scoring on a wild pitch to make it 6-4. Heifort had an RBI groundout to make it 6-5 in the top of the seventh, but Swan notched his third RBI of the game in the bottom of the frame to push it to 7-5.

The Shark got off to an early 3-0 lead, scoring two in the first on RBI hits from Kyle Halverson and Steve Kleppen. The Shark added another in the second on an Ethan Imdieke RBI single.

The game is set to start back up with the top of the ninth at 9 a.m. Sunday.