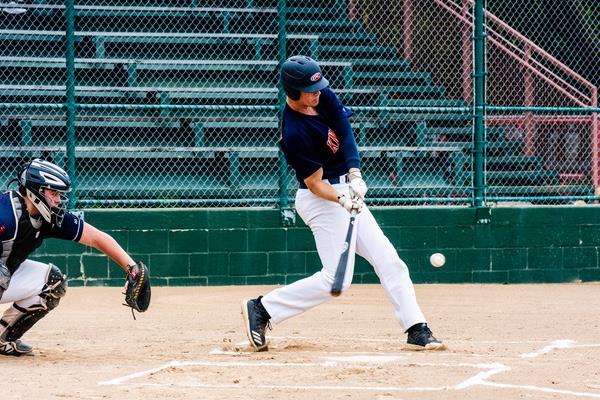 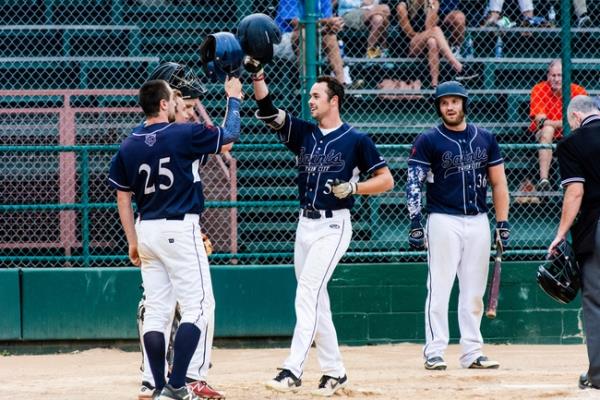 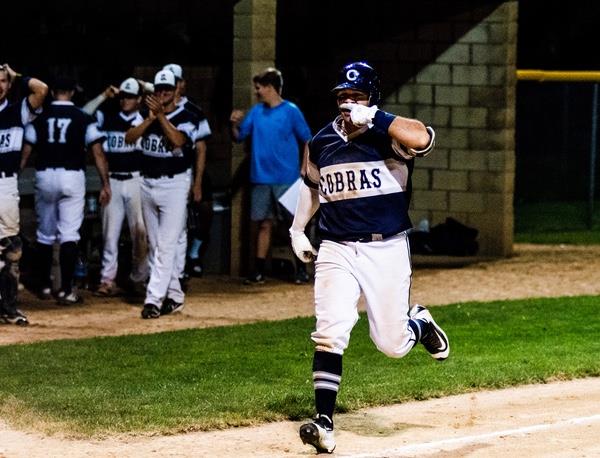 The Metro Knights found the best way to respond to allowing a big inning was to produce one of their own.

After allowing a six-run second inning, the Metro Knights scored 13 unanswered in a 14-9 win over the Twin Cities Saints in the first round of the Class A State Tournament Friday at Toni Stone Field in St. Paul.

The Knights scored in six different innings and knocked out 17 hits to go with seven walks in a big offensive performance.

The Saints capped a six-run bottom of the second with a three-run homer from Dan Scallon, but the Knights responded with a five-run top of the third to cut it to 6-5. The Metro Knights added two in the fourth and fifth innings — a two-run, two-out single by Andrew Murphy put them up for the first time in the game, 7-6.

The Saints had the bases loaded with one out in the eighth, scoring three runs to get within 13-9.

Knights starter Lance Kilde went seven innings, allowing all six of his runs in the second frame. He gave up 12 hits and walked one. Troy Ouellette hit a two-run homer for the Knights in the fifth that pushed the lead to 9-6.

The Saints finish 13-15-1 overall and made their first state tournament appearance this year.

The Knights improve to 25-4 and advance to the double-elimination bracket of the tournament. They face the Minnetonka Millers at 4 p.m. Saturday at Red Haddox Field in Bloomington.

The way the Cobras pitched, one nice inning of offense was all the separation the squad needed to advance in the Class A State Tournament.

The Minneapolis Cobras won 6-1 over the Hamel Hawks in Friday’s second game at Toni Stone Field in St. Paul, getting dominant outings from Cole De Vries and Nate Lutmer, as well as a three-run home run from Mason Reinhart.

Sean Borman’s RBI double in the bottom of the third scored the eventual winning run as the Cobras took a 2-1 lead.

An error and walk to start the bottom of the fifth inning put two on for Reinhart, who clubbed a deep fly ball over the left field fence for a 5-1 lead. Gabe MacDonald hit an RBI double to make it 6-1 Cobras and chase Hawks starter Blake Williams from the game.

Williams had his pitches working for him, but struggled with control, allowing six runs on four hits and five walks, striking out seven.

A leadoff walk in the bottom of the first inning put Brandon Schmal aboard, and he made it all the way around to score on a pair of wild pitches and a passed ball for a 1-0 Cobras lead.

Hamel tied it in the third, with a leadoff single from Adam Castle, who scored on Jarrett Briol’s RBI single.

The Hawks finish the season 14-12 and made the state tournament for the first time since moving up to Class A in 2017.

The Cobras improve to 27-12 and face the St. Anthony Hogs at 7 p.m. Saturday in the double-elimination bracket of the tournament.