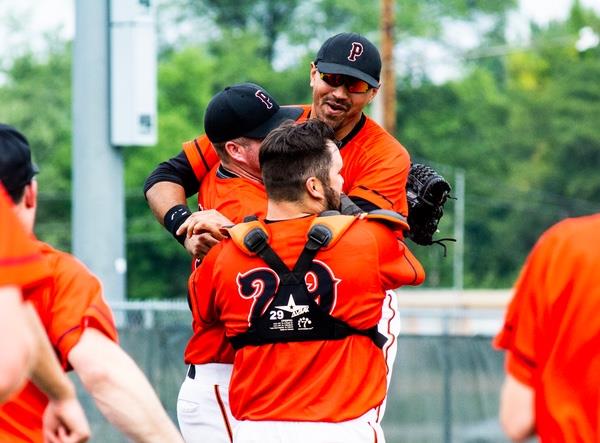 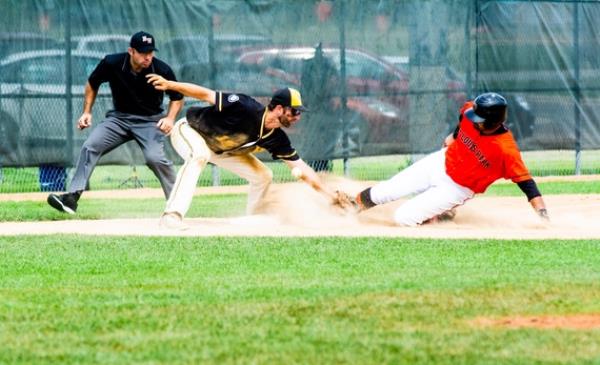 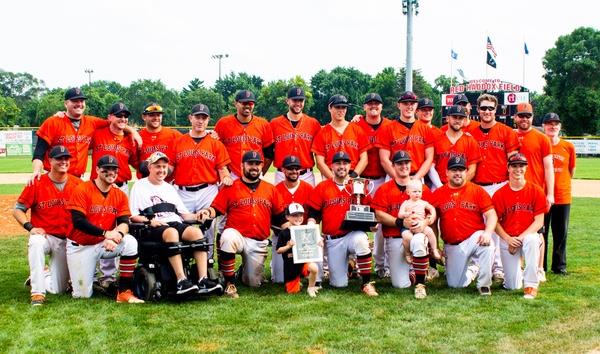 All tournament long, big innings were the hallmark for a Park team that put up lopsided offensive numbers throughout the season.

When the big inning didn’t come in the Class A championship game, it didn’t matter. St. Louis Park can also claim steady pitching and an impactful veteran presence among its strengths, and those were on display as Park won its third championship, a 2-1 game over the Lyon’s Pub Warriors Sunday at Red Haddox Field in Bloomington. Andy Peterson pitched seven innings of one-run ball for Park, which claimed the title one year after finishing runner-up.

“It’s big. This is my third one since I’ve been on the team,” manager and right fielder Chris Duda said. “It gets more fun as I get older. I’ve got two little kids watching. That’s why I’m out here. This team, we deserve it. We’ve played hard. It’s been a core group of guys.”

SLP won its other titles in 2002 and 2008. Duda — who had an RBI single in Park’s two-run fifth — was on the ‘02 and ‘08 squads, along with Rian Heaslip, Matt Paulsen and Gabe Eikum. Pete Fuller was on the 2008 title team. Duda and Paulson were in the lineup Sunday, but the veterans have played a big part in many ways for what’s actually overall one of Park’s younger teams.

“The veterans are just unbelievable,” Peterson said. “They know what it’s like to be able to have that championship mentality. Having those guys there locked and loaded and encouraging the younger guys is so phenomenal.”

Peterson was named tournament co-MVP with fellow Park pitcher Andy Davis. Peterson wasn’t completely dominant against the Warriors, but he escaped trouble a couple times and went out on the mound with the belief that no matter what, the offense would back him up.

“Absolutely,” he said. “It allows me to be able to stay mentally focused and really focus in on my pitching and my location, where sometimes, that’s something all pitchers try to really work on, is that mental side. If you get a big lead right away, you mentally start to collapse.”

“Those were MVPs all season,” Duda said of Peterson and Davis. “Every big game, they dealt. They kept us in it. They deserved it.”

Jake Mangler and Duda hit RBI singles off Lyon’s Pub starter Bill Meister in the bottom of the fifth to put Park up 2-0. The Warriors struck back with a run in the top of the sixth on an RBI single from Chad Musser. They got no closer, as Peterson finished a scoreless seventh with a ground-ball double play, and George Jensen came on in the eighth and got a six-out save, with a fly ball to left the clinching out in the ninth for Park.

The game was almost completely opposite from last year’s championship loss to Minnetonka. Park went up eight runs early, but fell 11-9 in allowing the Millers to win a third straight title. Sunday morning, Lyon’s Pub knocked Minnetonka out 2-1 to advance to the championship against Park, and ending the Millers’ championship streak at three. SLP responded with a steady performance for a title.

The two runs in the championship were the fewest Park scored in a game all tournament. SLP won 6-3 over Lyon’s Pub Saturday to advance to the championship, and won 12-3, 10-6 and 13-1 games earlier in the bracket.

But one-trick teams don’t win titles. Park proved it could back up its typically explosive offense with defense and pitching, and that somehow, some way, the lineup would find a way to get enough done, even as it struggled against Meister.

In addition to being the third overall title for Park, it was the third top-three finish for the club since 2013. Plenty of Park’s players have made longevity their calling card, and consistency can go a long way toward winning. The 2018 title might just be the foundation for future success as well.

“A lot of college kids who see it, who’ve been around us all year,” Duda said. “This will keep them moving and interested. Next year’s a new year. We’ll enjoy today, we’ll enjoy tonight, all day hopefully over there. And we’ll go from there.”